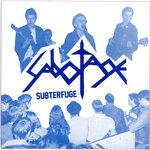 
Recommend this product to friends and acquaintances via email. To do so, simply complete all the fields marked * and click "Send".