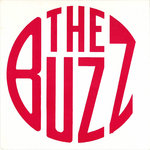 The 14 tracks capture the sound of the embryonic Squire. Recorded in 1977 -78 and remixed earlier this year, (together with a brand new song - I’m 21) the recordings present a silhouette of the pre 1979 band with numbers that reveal all the pop sensibilities, lyrical twists and driving energy that merged to become the signature sound of the first singles.

The original sessions intended for a fictional band - The Numbers, contributed three songs on the Squire Fan Club Album - We Are The Numbers, Teenage Girl and I Wanna Be Your Boyfriend. However a vast archive of unheard recording remained – until now!

The lyrics impart the adolescent frustrations of the time, while the playing contributes a genuine urgency and ambition to set free! There are many unexpected delights on the way, the angular guitars, the blues harmonica, the surf and Mersey influences, the missing mod excursions, the ska connection, the original Livin’ In The City sung by Anthony. The tracks uncover the diverse influences that fed into the first songwriting excursions. It’s all here!!

So this is the ‘angry’ Squire! The prototype sound, the first steps towards the familiar positive mod inspired sounds. As the sleeve notes say- we may only be young once, but now we can be young twice! Turn it up and jump up and down with the spirit of youth! Jump for joy to the sound of Squire!

B4-Do What You Wanna Do