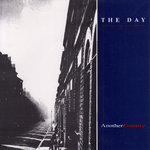 Cassette Happy youth was released on September, 1984, for Ljubljana’s alternative publisher ŠKUC in number of 200 copies. Even for small Slovenia this was extremely modest number, but those were different times. It was possible to feel strong thaw in last decade of communism in Yugoslavia, but the leading state publishing houses  still looked upon non-conformist, especially socially critical music, with big distrust.

If I look back, they made us big favour with that. This scanty cassette, consisting all, by then recorded songs and some, directly from radio dubbed concert recordings, became most dubbed cassette in history of Slovenia. With it (by adding new recordings) cult status of Niet, which flared up in 90’s and is still going strong, was spreading…

All songs are remastered!

*
Plus delivery
Browse this category: Punk and Oi!